Rocker mechanics of the lower extremity -Friday, May 19, 2017

Rockers are a very important part of lower extremity biomechanics.  Rockers describe pivot points in the gait cycle that decrease the range of motion of the ankle and knee.  Rockers are also employed by the b...

Carbon Graphite Shoe Inserts – can I use a single insert or are they better as a pair? -Monday, April 10, 2017

A common question that we hear from customers is whether a carbon graphite shoe insole can be used as a single shoe solution or should they purchase as a pair to balance gait. Does a single carbon graphite insert effect gait in ... 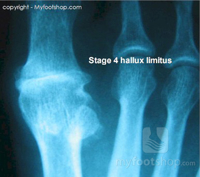 What is a Morton's Extension?

Thomas George Morton (1835-1903) was a clinical professor and surgeon at The Pennsylvania Hospital.  He was an active surgeon during The Civil War and founding director of several hospitals in the Philadelphia area.  As a pioneer of surgical techniques, he is accredite...

What is Toe Spring?

Toe spring is the term used to describe a shoe or foot insert that enables rolling off the forefoot. Let me create the visual – think clog, men’s wingtip shoes or MBT Shoes. Each of these are examples of what is also called a forefoot rocker (aka toe spring.)

Cross-country skiing requires form that is centered over the ski with virtually no reliance on your bindings. Alpine and Rondonee bindings differ in that they are rigidly fixed to the ski (Alpine) or semi-rigidly/rigidly tethered as found in Rondonee bindings. The beauty of a cross country set-up is the simplicity of a toe clip. But that simplicity also means that the act of cross-country skiing requires a very calculated, centered load bearing and swing phase to keep the skis in alignment.