Previous Post When and why do you cancel surgery? Next Post My MRI says I have bone edema. How long will it take to heal?

Psoriasis of the Foot 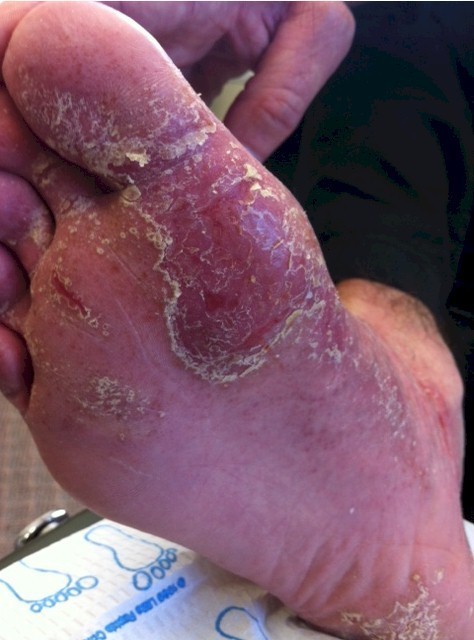 Psoriasis of the foot - treatment recommendations

Every doctor knows that pathology comes in threes.  If you see one case, you're bound to see several more soon to follow.  There's no science to this, but it just seems to be a part of practice.

This week was my week to see cases of psoriasis. 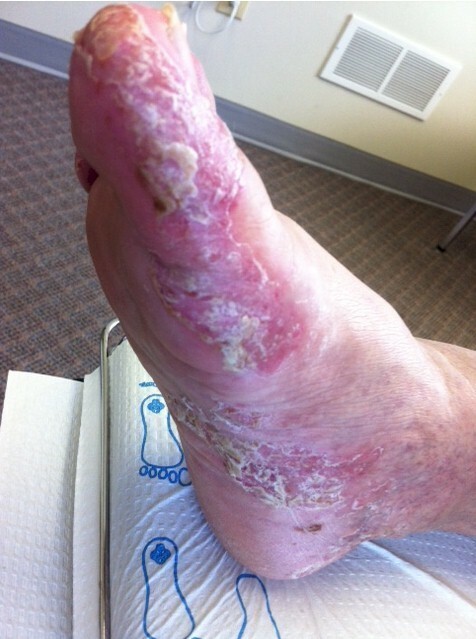 Psoriasis is an autoimmune disorder that is manifested by the rapid turn over of skin cells resulting in disruption of normal skin production.  There are 5 different classifications of psoriasis based on their appearance.  The two most common that we see in foot care are plaque and pustular psoriasis.

From a histological (cellular) standpoint, psoriasis occurs as T-helper cells of the immune system attack the skin.  The attack by the T-helper cells results in rapid turnover of the cells.  The result is either a plaque (build-up of layers of skin with an erytematous base) or a pustule (a small abscess).  Stress also seems to be a trigger for the onset and perpetuation of psoriasis.

Medicine has a lot to learn about psoriasis.  That being said, we also have a lot to learn about the treatment of psoriasis.  Exposure to UV light seems to decrease the rate of turn over of the skin cells and can be used to treat psoriasis.  Topical medications including tar preparations have been used for years to slow the turnover.  Steroids have been universally used the address the inflammation associated with psoriasis.  Although steroids are successful in reducing the symptoms of psoriasis, they can only be used short term.  Biologic agents, such as Humira or Enbrel, are now being used to treat severe cases of psoriasis, but they also have a serious profile of side effects.

The three cases of psoriasis that I saw this week were all treated with a short course of prednisone, an oral steroid.  We'll follow-up with a topical steroid in most cases.  I'll speak with each patient regarding ways in which they can reduce stress in their lives.