Motion in the human body depends upon a fine balance between strength, flexibility, and range of motion. Muscles need to be strong enough to accomplish a given task, but they also need to be flexible enough to allow for normal range of motion. Limitation of muscle flexibility and limited range of motion can lead to injury. When dorsiflexion (toes to shin) of the ankle is limited, the term equinus is used to describe tightness in the calf and Achilles tendon. Equinus can contribute to a number of foot and ankle deformities and limit healing following injuries of the foot and ankle. Equinus is found equally in men and women. Equinus may be congenital or acquired.

Normal range of motion in the ankle is measured in the supine position (on your back) with knees extended. Force is applied to the forefoot, aimed at moving the toes and forefoot toward the knee. This motion at the ankle is called dorsiflexion. To measure the amount of dorsiflexion, an imaginary line is drawn down the lateral, or outer side of the leg and foot. Range of motion is considered normal when the patient is able to reach a 90-degree angle plus an additional 10 degrees. Any measurement shy of 90 degrees is considered to be equinus. Remember, an

accurate measurement of equinus requires the correct positioning of several joints and some degree of biomechanics training.

Causes and contributing factors for equinus include:

Patients with moderate to severe equinus can experience many foot problems as a secondary result of equinus. These secondary problems may include bunions, flat feet, hammer toes, posterior tibial tendonitis, and heel pain including plantar faciitis.

The first step in treating equinus is the identification of the reason for the equinus. If equinus is due to tightness of the calf and Achilles tendon, initial treatment focuses on decreasing the tightness of the calf and Achilles tendon. Conservative care includes wearing a heel lift and stretching the calf muscle. Shoes with a higher heel also are helpful. Patients with equinus should avoid going barefoot or wearing only socks.

Equinus is often a condition that is found in conjunction with other foot and ankle problems.  Lengthening of the Achilles tendon or calf muscle (gastrocnemius recession) is a common procedure performed in foot and ankle surgery.  Some of these procedures can be performed endoscopically. An endoscopic gastronemius recession lengthens one of the two muscles of the calf, correcting equinus. An endoscopic gastrocnemius recession (EGR) is performed on an outpatient basis using a general anesthetic and thigh tourniquet. The procedure takes about 15 minutes to perform. Patients are able to walk the same day of surgery. Follow-up care may include compression hose to address swelling and an anticoagulant as a prophylactic measure to prevent deep vein thrombosis (DVT.)

Lengthening of the Achilles tendon can be performed percutaneously using a procedure called an Achilles tendon lengthening, or tendo Achille lengthening (TAL.) This procedure is performed with three 0.5-centimeter stab incisions and often does not require suture closure. Post-operative care requires 8 weeks in a hard, non-weight bearing cast and a walking cast 4 weeks to follow.

Each of these procedures have their advantages and disadvantages. The advantage of the EGR is that it is an ambulatory procedure, meaning patients can walk the same day of surgery. Also, the lengthening of the calf with an EGR is a very controlled lengthening. The disadvantage of the EGR is that it weakens the force of equinus by only 5 percent to 10 percent. A TAL has a significantly greater impact on equinus. It can weaken the force of equinus up to 50 percent. The disadvantage is that a TAL is a non-ambulatory procedure and requires six weeks of non-weight-bearing casting.

For more information on equinus, consult your local podiatrist.

Equinus by Myfootshop.com is licensed under a Creative Commons Attribution-NonCommercial 3.0 Unported License. 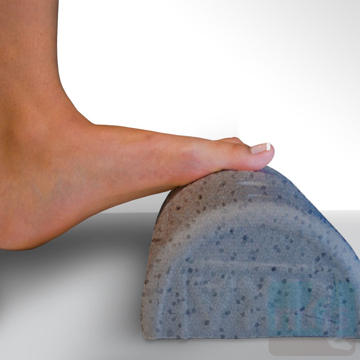 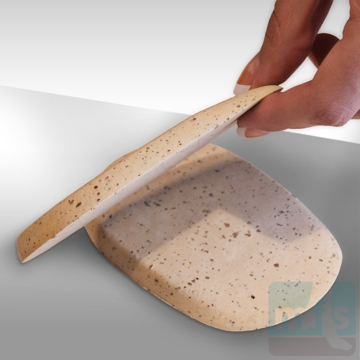 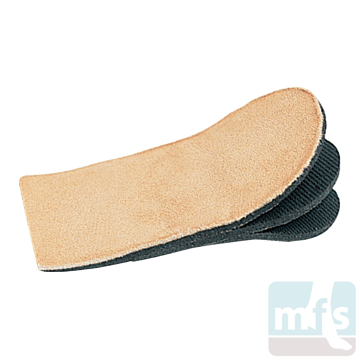 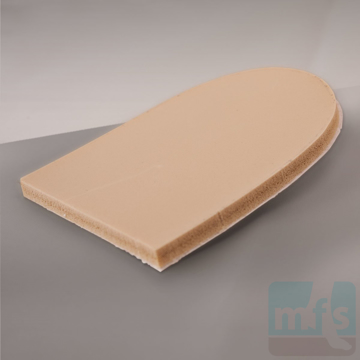 Heel Lifts for Plantar Fasciitis-Foam are our softest shoe pads, designed to treat heel spur pain caused by plantar fasciitis, Achilles tendonitis, and Sever's Disease. Adhesive-backed. Easily trim to fit all shoes. One size. By Myfootshop.com. 1 pair/pkg.
As low as $6.60! 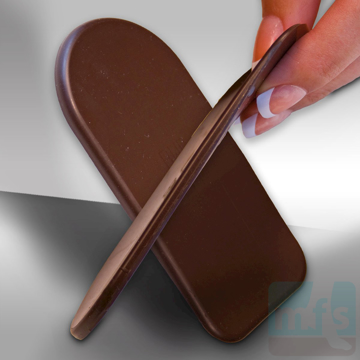 The Medi-Heel Lift is an extra-firm shoe wedge designed to correct leg length discrepancy and hip alignment that often causes hip and lower back pain. Fits easily in most shoes. By Myfootshop.com. 2/pkg.
As low as $10.40!